This is just my experience, my feelings, my life, and my blog. These are some of the things I miss most about being in Eastern Kentucky.
I'm just homesick and miss my mountains, they call to my soul.
My experience does not represent the population of the city or Eastern Kentucky as a whole.

When you're in Eastern Kentucky, all you can think about is how much better life must be on the outside--how much better life must be out of this small town that has "nearly nothing". I mean, when you think "date night" and have a choice between Dairy Queen, Subway, or Arby's.. how romantic that sounds, am I right? So you opt for something "fancy" like Applebees, Reno's, or if you're willing to go way out of your way, you might get some Texas Roadhouse. 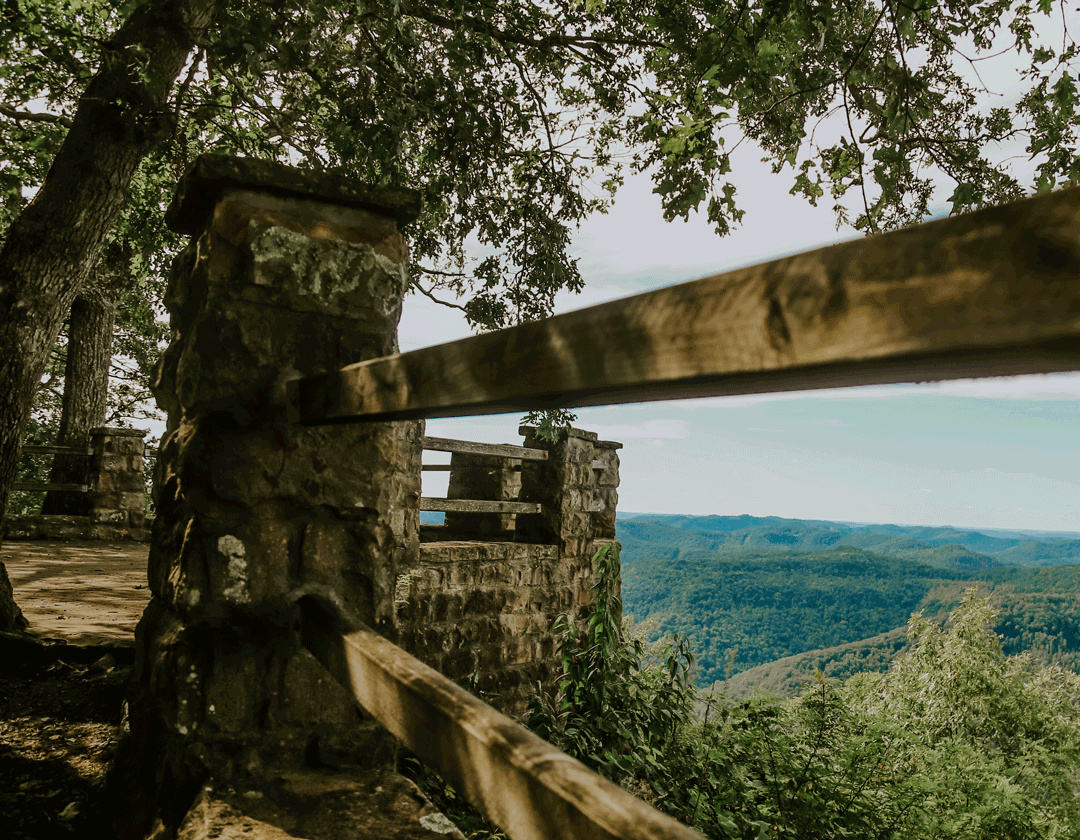 When you first move, you're going to want to try out all the new restaurants you've never been exposed to, but what you'll soon realize is that most places are chains. You give to corporations daily and support the big wigs who couldn't care less about the people--they just want to make a quick buck. It takes quite a bit of digging to find a good hole-in-the-wall place like the little drive-ins back home (but once you do find them, trust me when I say you're going to be a regular). It is okay that you want to try these places, it is only natural, but remember where you come from and that your hard-earned dollars used to go to some child's school clothes, cheerleading uniform, or diapers.
If you're going to be in the city, dig and find those family-owned Mom-and-Pop shops and contribute to your community! 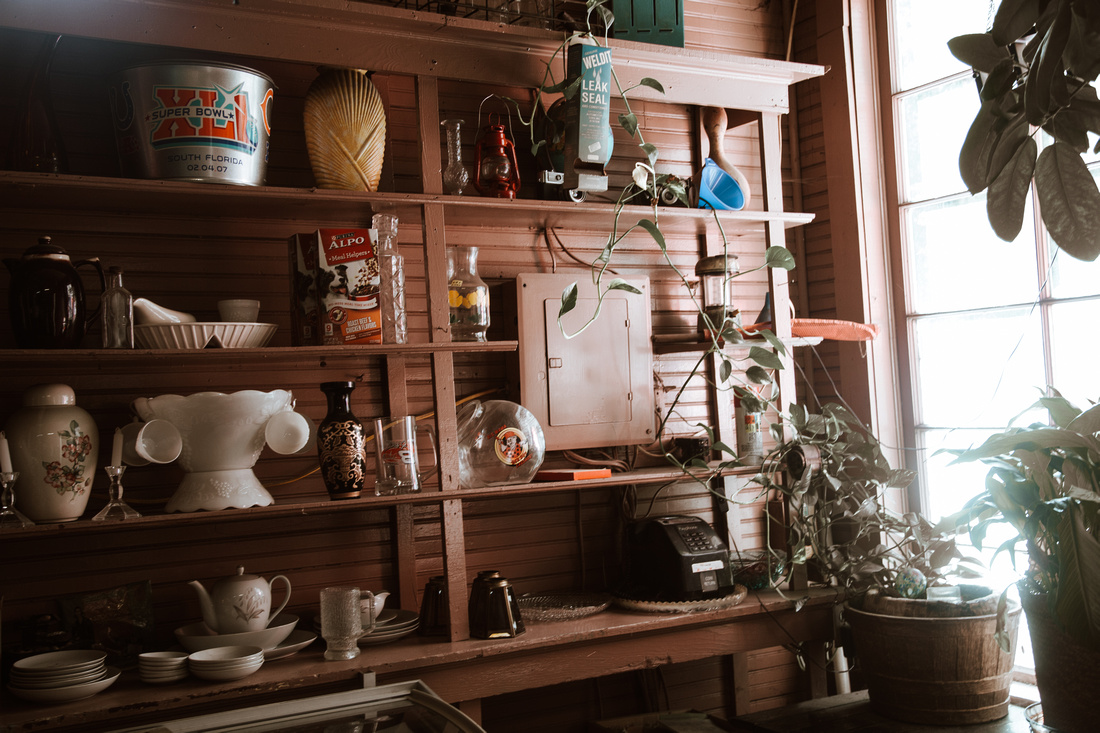 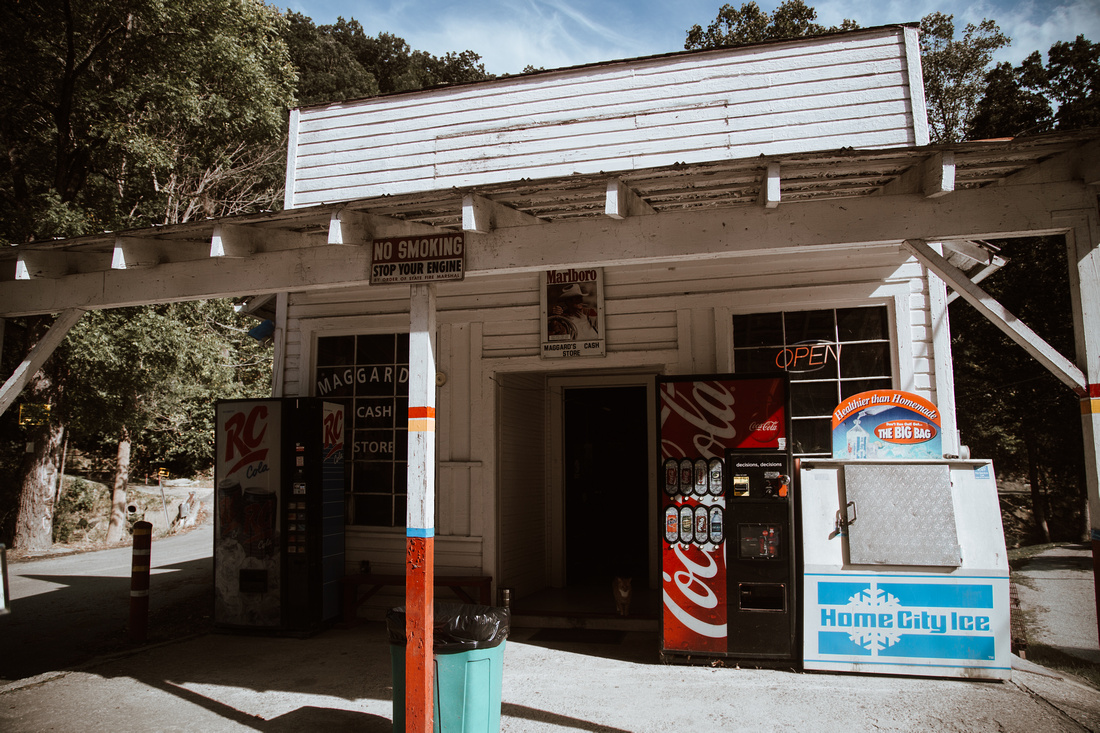 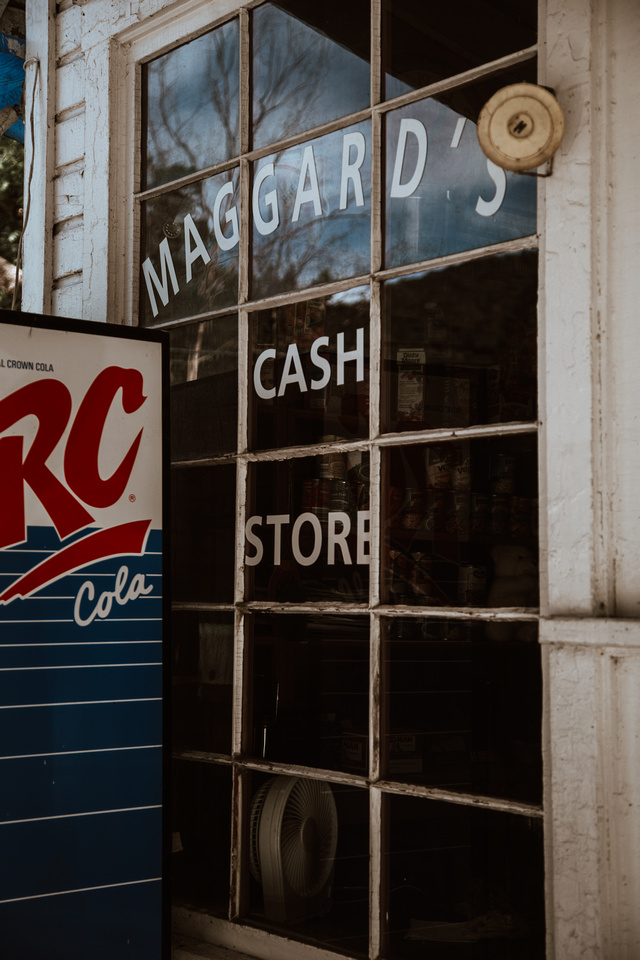 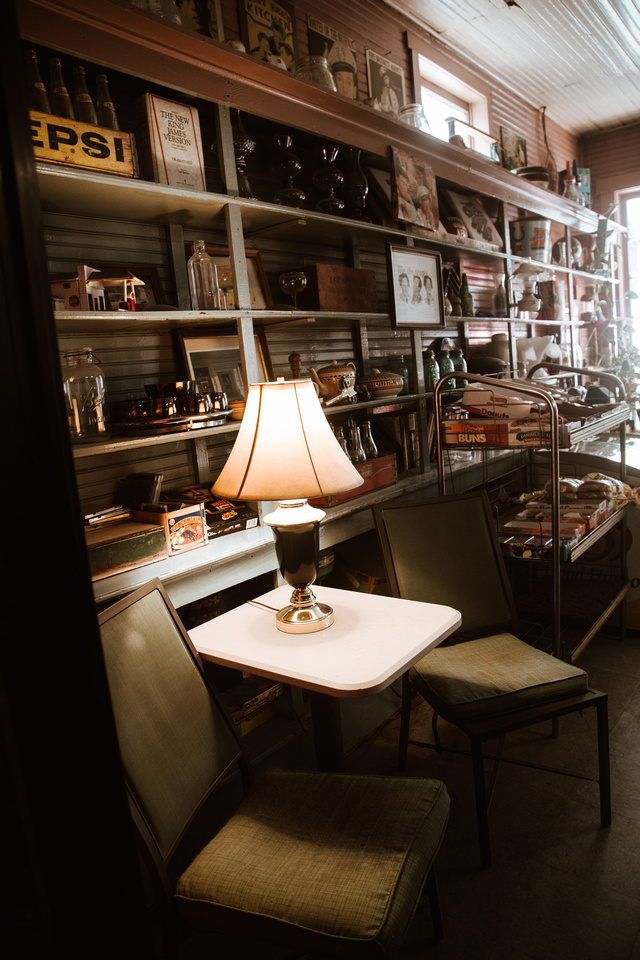 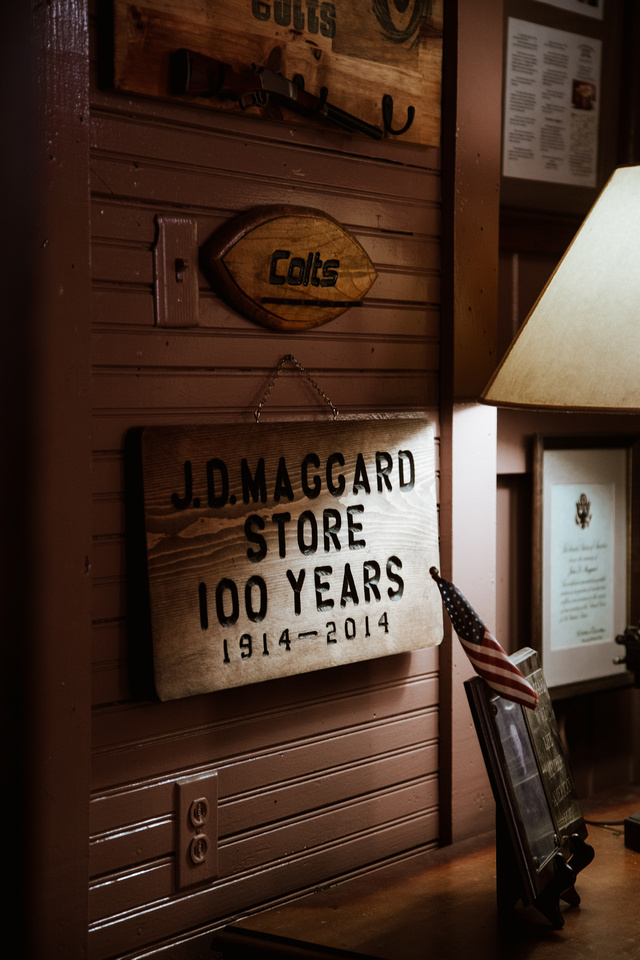 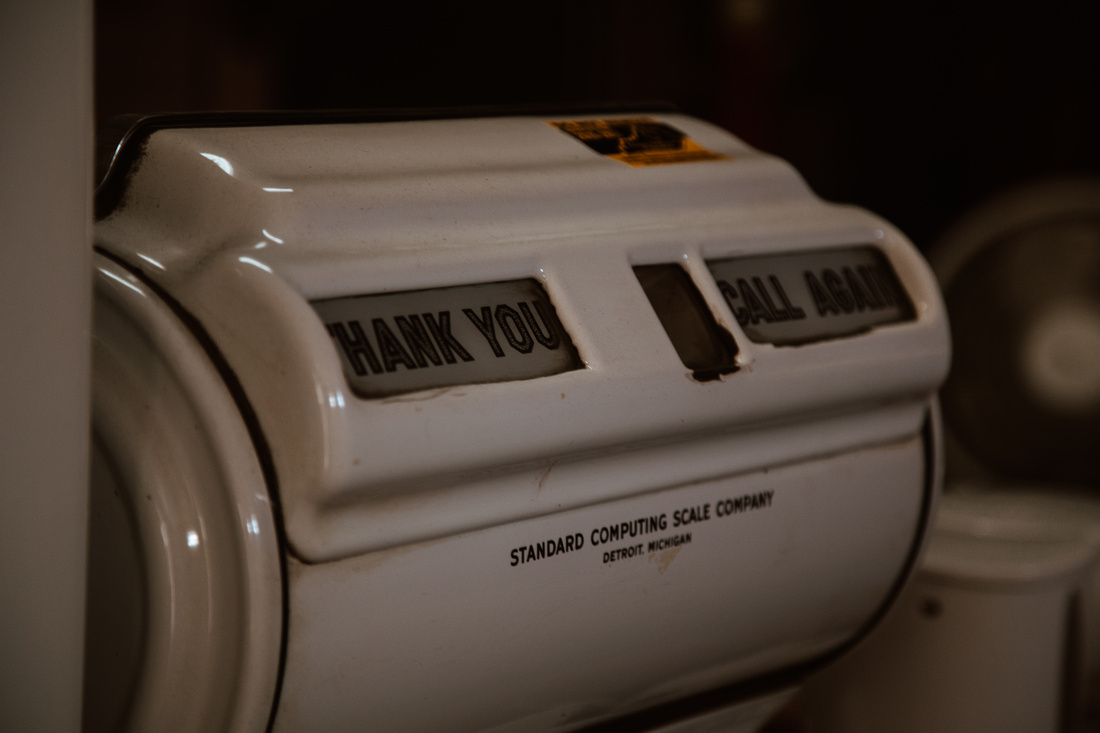 Because you have found so many good restaurants, you're going to gain some weight. There is no way around it. It is just a fact. So prepare for it by throwing out your scale. (Don't really do that).

The thing you don't realize until you leave is that you've left your people behind. YOUR people. The people you wont find elsewhere. When you come to a big city, you're going to find people who continually tell you that you have an accent, and all you can think is how THEY are the one with the accent. If they were to come visit back home, everyone would know they weren't from there because of THEIR accent.

Sometimes you'll miss the southern hospitality that comes with living in the mountains. In Eastern Kentucky, it is nothing special to have someone wait for you while you cross the ENTIRE parking lot at the gas station just so they can hold the door open for you (It feels a little awkward, but you always give and receive a half-smile and thank them, and go about your day, never thinking of it again because it was something you're used to). Could you have opened it yourself? Of course! It is the gesture that means everything. Months after you move to the city, you'll have a stranger from out of town (just like you) open up a door for you while you walk through and realize just how long it has been since someone has shown that kind of compassion for you.

You're going to have to get used to all the quirks in traffic, all the round-abouts, stop signs (that you actually have to STOP at!) and confusing traffic laws that you'll continually get tickets for. The worst part? There's no uncle you can call to have the tickets thrown out. There's not going to be someone who knows someone who knows someone who can help you. They really don't care. There are going to be so many times that you're wondering why some of these things never came up on your permit test. 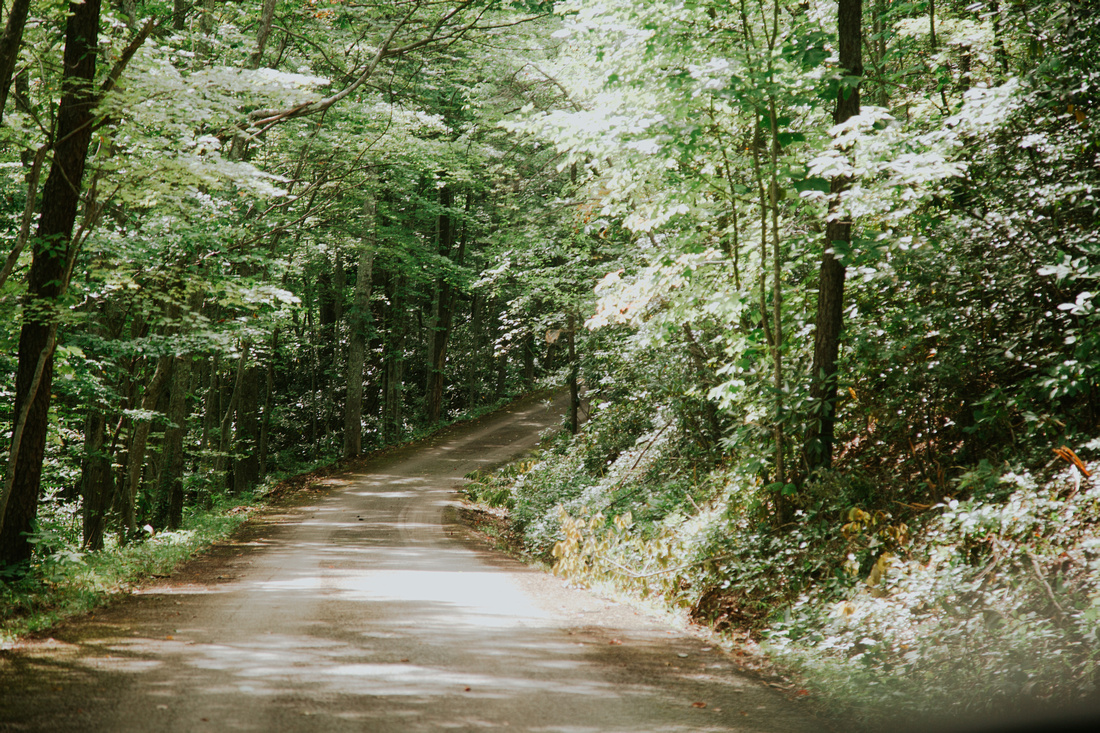 When you're in Eastern Kentucky, distance is measured in minutes, not miles. If you ask someone in Eastern Kentucky for directions, they're more likely to say something along the lines of "Drive for about seven minutes and make a right," whereas miles are used elsewhere. It gets confusing, because sometimes with all the traffic lights in the city (because there are several, unlike the ONE the county has back home), you're driving for much longer than you would have thought. I mean, if someone lives 3 miles away, it should take 3-4 minutes to get there, right? No. I had a conversation that went like this: 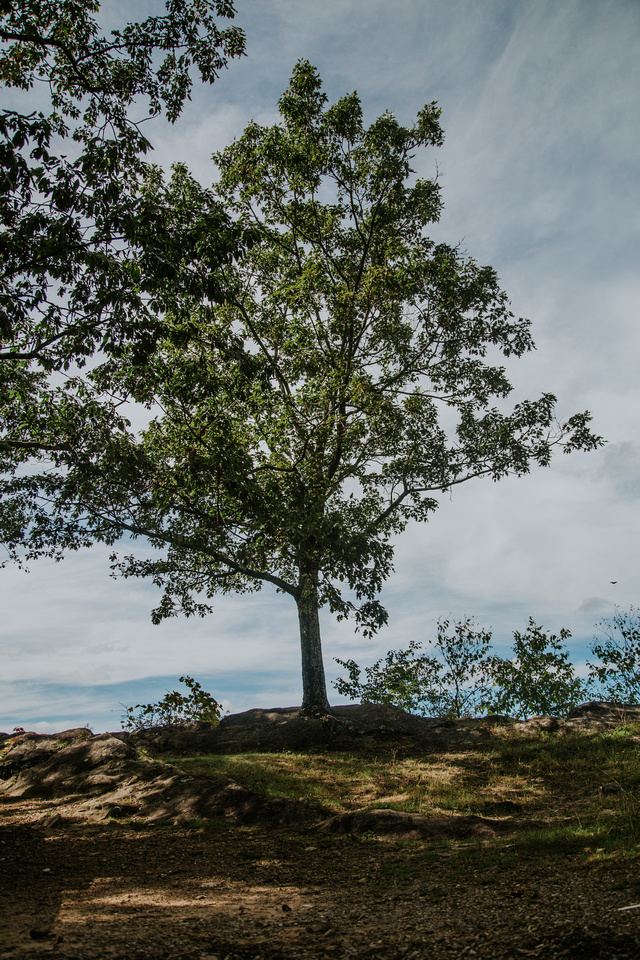 You're going to have to essentially give up soup beans unless you go back to visit your Mom. Half of the people in the city aren't going to know what soup beans are. They're going to call them brown beans, pinto beans, or bean soup, which is TOTALLY not the same. If you want a good country home-cooked meal, you're going to have to make it yourself, and even then, it is going to be difficult to find the ingredients. After going to 4 stores, I finally found salt bacon on my own. No one seemed to know what I was talking about or they didn't carry it because there was no demand for it. It made me think "What are these people putting in their beans then?!"

If you're going off to college, your professors are likely to not know your name, which really isn't their fault. They're going to see so many faces on a daily basis, that they honestly can't help it. You're likely to not know anyone in your classes either. Even though a lot of people are ready to leave and get away from home because they feel like they're going to find something better out there, because 'what could the little college in the mountains possibly offer'? My college was a place where everyone knew everyone in some way, and everyone constantly came together as a community to help one another. You really learned work ethic and about life-the things that are important-about your own purpose. And even thought there were struggles, it was never anything that pancake night couldn't solve. I come from a place where "Chicken Patty Friday" is a weekly holiday, in which most professors will let you out early--because they understand. It was a place where the mother of the President of the College knew you by name every time you entered the book store to buy a mini bundt cake or Trolli gummy eggs. (Also, where else are you going to find a statue of Alice Lloyd?!) 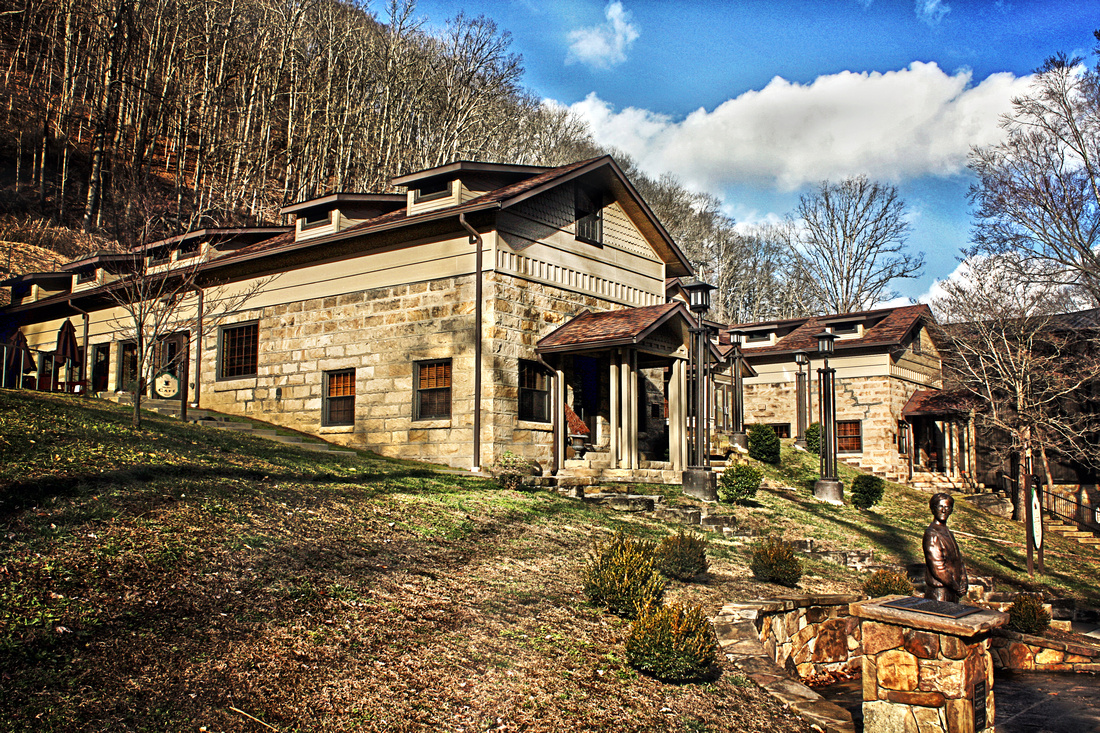 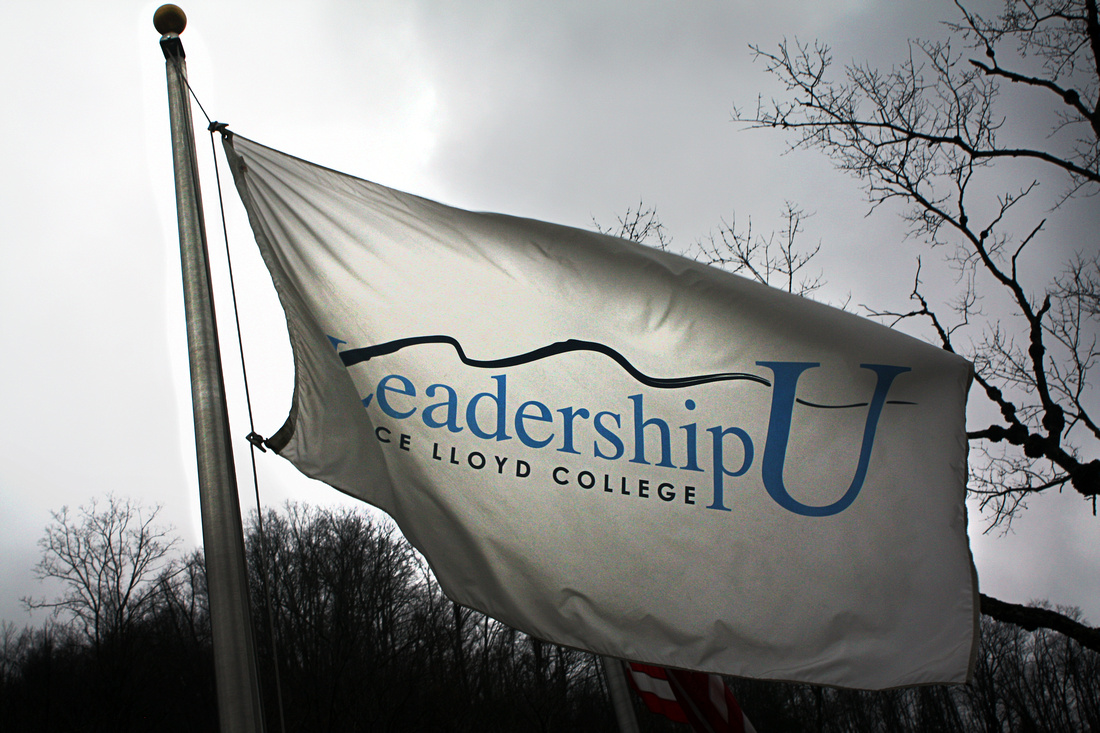 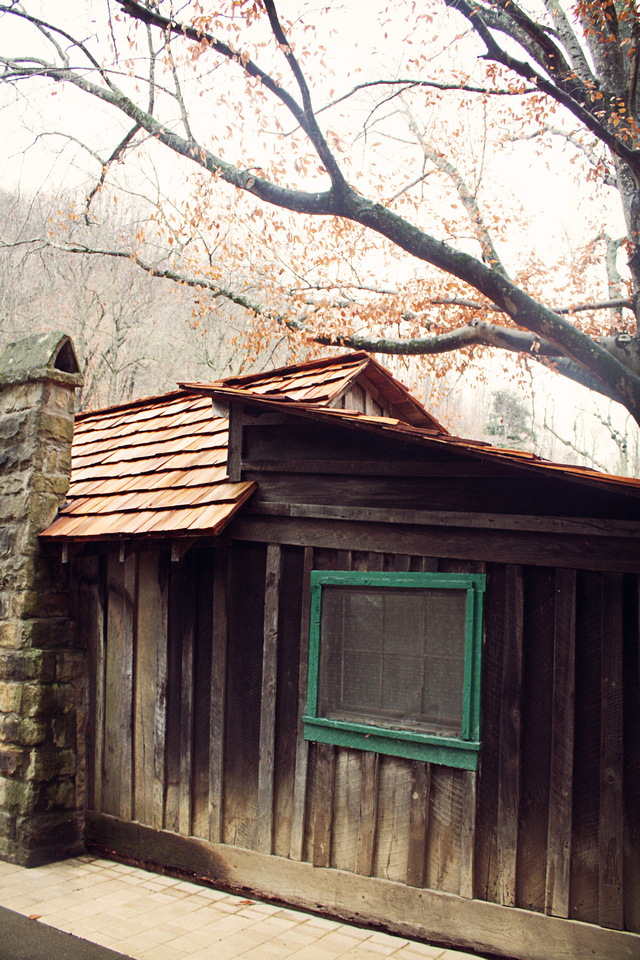 There is a historic side of town, but you're used to everything being historic. Your entire hometown is probably "the historic side of town." The rundown buildings will feel more like home than the huge buildings or skyscrapers you're going to see downtown. Everything is going to look new--like you've traveled into the future. You can decide if it is a good thing or bad. 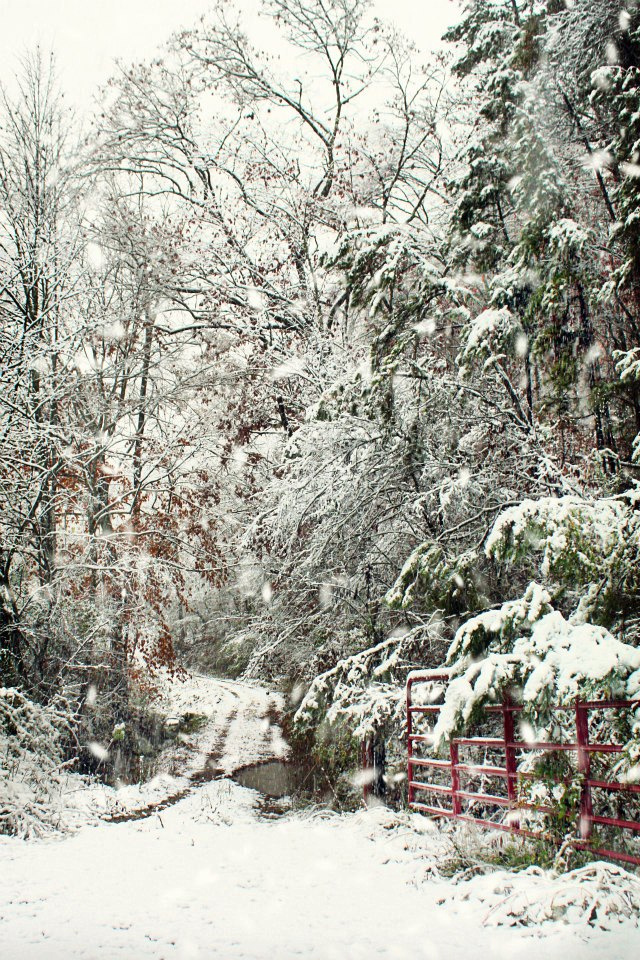 Not everyone knows the same people you know. Right when you think you have a good base of friends or contacts, you find out that most people in the city have absolutely no clue who you are talking about. You can add someone to your job resume who you think "well, everyone knows them," but that is not always the case. You can't just say "Oh they're married to so-and-so, cousin of so-and-so, etc." Whereas, in Eastern Kentucky, everyone knows everyone, and everyone is connected in some way.

When you're in the need for a mechanic or other service in East Kentucky, you're likely to get someone to make a house call to help you out in the middle of the night, and do it just because it is the right thing to do. In the city, you're on your own; you call a business you've just Googled on your phone and pray they're available and are miraculously in your budget. 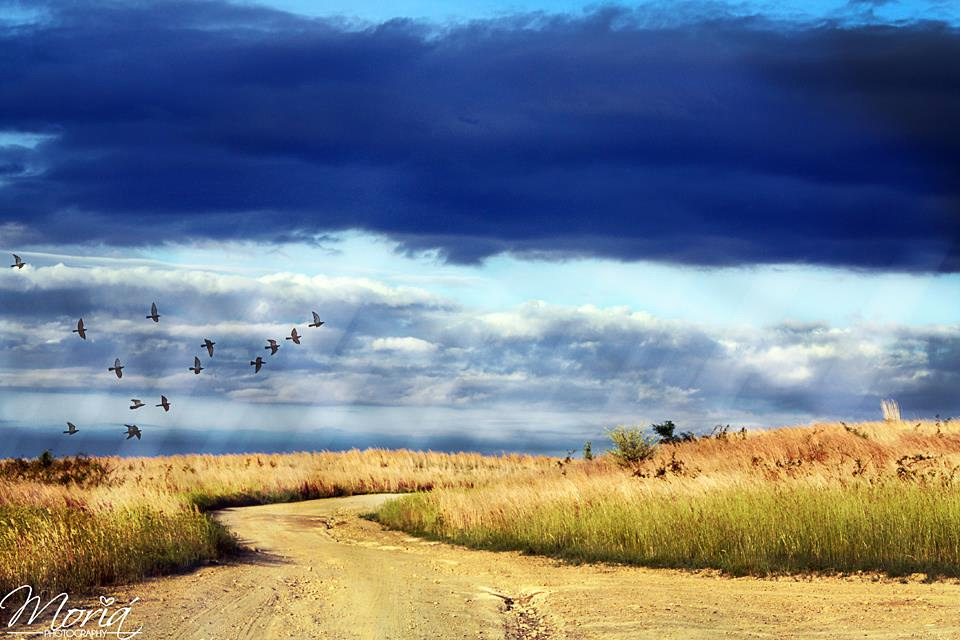 In Eastern Kentucky, everywhere leads to the same place. In Knott County, all roads lead to Beaver. If you drive long enough, you'll end up on Beaver. In the city, everything is so cramped and you're going to run into backroads that are one-way or dead ends. You have to know your turn or your exit a couple miles in advance, because if you're not in the right lane, no one is going to be courteous enough to let you over to where you need to be. It is a race; the guy next to you needs to get to his destination, and if he lets you over, it may delay him 10-20 seconds (and he wont stand for that!). You're going to hear a lot of honks and you'll get frustrated because you took the wrong street when you should have taken the next one. You'll have to drive several blocks to get turned around and will probably be late for wherever you're going, even though you left way earlier than you needed. Your GPS becomes your best friend. 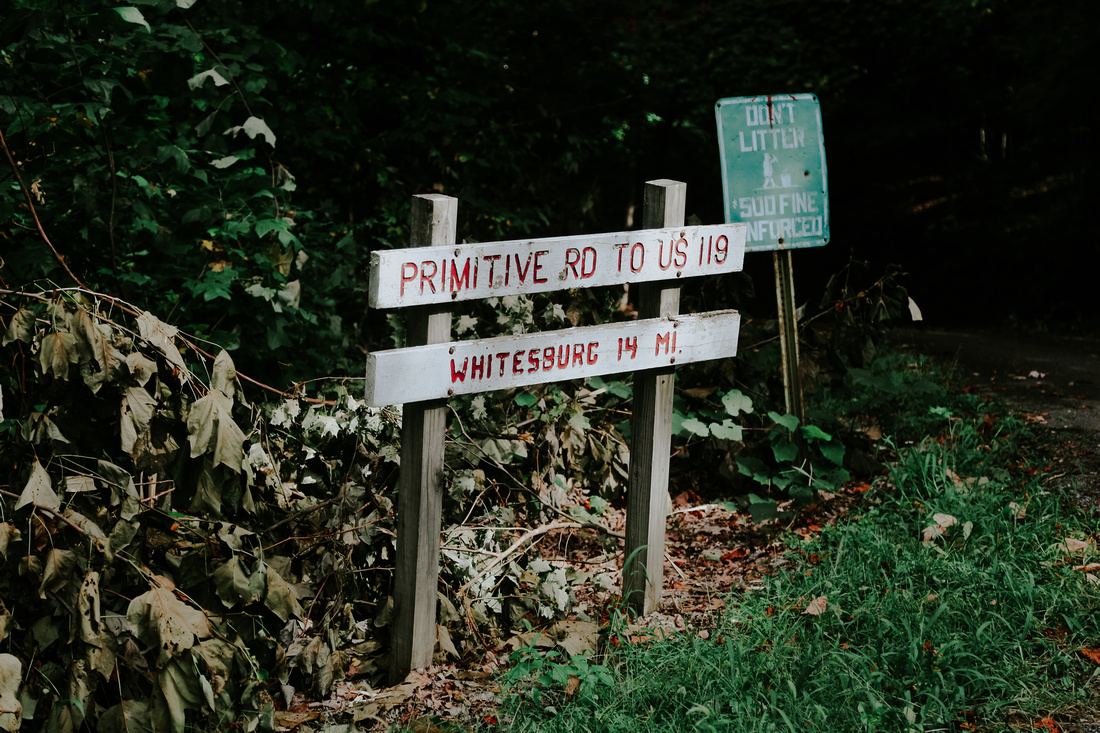 It may be obvious, but there are no mountains in the city. It is flat land for as far as you can see, meaning hearing the tornado siren at 3am is going to be one of those adjustments you'll have to make. I know you probably feel crowded in the mountains, and for someone who has never lived in the mountains, this may not seem like a big deal, but go a few months without seeing them, and when you drive back home, it feels like they're hugging you. Like a giant hug you never knew you were going to miss.

Of course there are perks of the city. The perks are great, and yes, there are some amazing things about the city. It is fun, the nightlife is better, and there are more job opportunities. But most of the perks are going to be just convenience, and you'll soon realize just how good the mountains were for your soul. You're going to long for that sense of belonging, and even though you'll have yourself convinced that you were born to live in a city, you're going to miss all the little things that made Eastern Kentucky your home. And whenever you decide you want to visit, the mountains will welcome you back with open arms and it'll be like you never left. 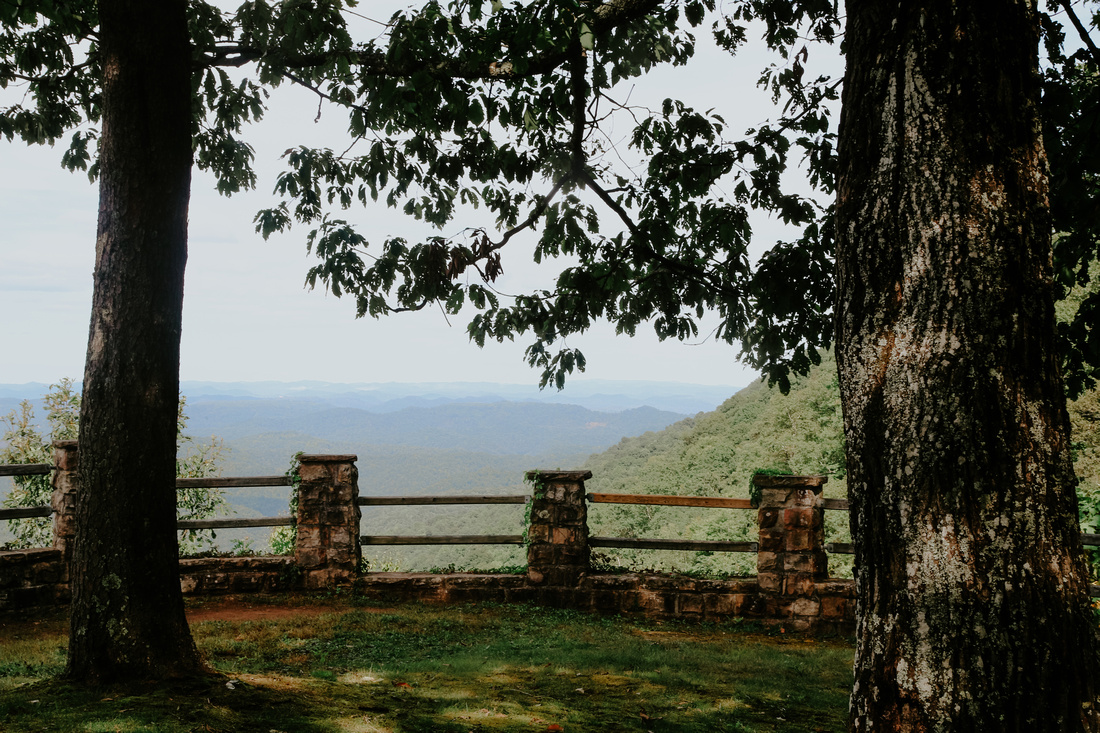